Apple wants to use solar power on mouse, keyboard, and trackpad 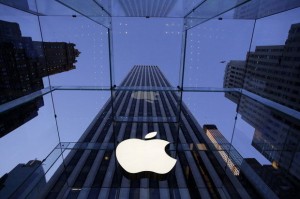 In theory, the technology would eliminate the need for AA batteries which are now required to power peripherals such as the Magic Mouse.

While Bluetooth-powered keyboards, mouse and trackpads may be commonplace now, we could soon see solar power replacing the current technology.

“Wireless communications circuitry transmits the touch input to the external equipment using the electrical power from the solar cell”.

According to TV Newsroom, the tech giant Apple has just been granted a patent for solar cells to be embedded underneath iPhone touchscreens, like those used in a Macbook trackpad, iPhone, iPad or Apple Watch display. The company is looking to harness solar energy for these future accessories.

So, the solar cell being a light based power source gathers and converts ambient light into usable electrical energy, which is the stored into some relevant storage system like a battery or regulated capacitor. The new patent shows transparent solar cells embedded on the touch display surface to have the battery charged on the go.

Using solar power to better the battery life of devices while they are in use will be a good addition to the company’s desktop peripherals.

Unfortunately, as is the case with all patents, there’s no way of telling whether Apple will ever roll out such technology to its devices.

Whether Apple will eventually integrate this solar energy system into its physical devices is anybody’s guess.

Today’s patent application is credited to Apple reliability engineer Matthew Lang, who already has several eco-friendly engineering projects under his belt – such as designing and building an Eco-Marathon vehicle to compete in the annual Shell Eco-Marathon Americas competition.

Now, a New York Times report has revealed that Apple is considering incorporating wireless or solar charging capabilities into the Apple Watch.

An illustration of Apple’s solar cell as it appears on the patent application.

It’s also not clear whether solar energy is really sufficient to keep a device like a keyboard alive in perpetuity.

Posted by roxana on Jul 20 2015. Filed under _featured slider, BUSINESS, Market News. You can follow any responses to this entry through the RSS 2.0. You can leave a response or trackback to this entry