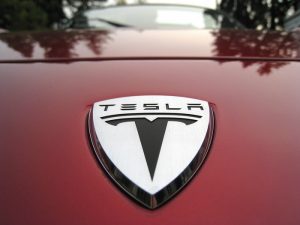 Elon Musk delivered the long-awaited plan on the company’s website to explain why the integration of Tesla and SolarCity Corp. is necessary and to show his vision for the two companies. Image source.

Elon Musk unveiled his “master plan” for Tesla Motors Inc., delivering a long-term plan that includes making an integrated solar and battery storage system and building a freight truck and a bus. He even has a plan for a ride-sharing business.

According to IndustryWeek, Musk delivered the long-awaited plan on the company’s website to explain why the integration of Tesla and SolarCity Corp. is necessary and to show his vision for the two companies. He wants to use SolarCity, a rooftop solar panel installer, to generate electricity and charge an expanding range of Tesla models that address personal and public transport as well as cargo shipping.

“There are two other types of electric vehicles needed: heavy-duty trucks and high passenger-density urban transport,” the Tesla chief executive officer said in the blog post. “Both are in the early stages of development and should be ready for unveiling next year.”

Musk reiterated his call for acquiring SolarCity even as he outlined a significant expansion of Tesla’s products and ambitions for ride-sharing. Besides the Tesla Semi truck and the bus, he said the company will continue to pursue autonomy so that Tesla customers will be able to use their cars to “make money for you when you aren’t using it.”

Analysts were skeptical about Tesla’s ability to add more products to its lineup.

“As is typical, Elon Musk has laid out a grandiose plan for the future with no timeframes and few specifics, and no mention of how and when Tesla will be profitable,” Michelle Krebs, an analyst for Autotrader.com Inc., said in a email. “Tesla’s latest Master Plan includes expanding its electric vehicle product line to cover all major segments, when it hasn’t been meeting production targets with the limited product line it has now and in the next couple of years.”

Posted by roxana on Jul 25 2016. Filed under _featured slider, BUSINESS, Market News. You can follow any responses to this entry through the RSS 2.0. You can leave a response or trackback to this entry