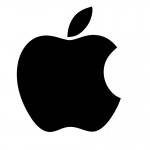 Apple announced initiatives Monday to offer free recycling of its products, as well as plans to use renewable energy sources at its 420 worldwide stores.

Apple is willing to recycle freely all the old products and promises to use green energy for all the stores, offices and data centers in order to bring down the pollution level made by tits devices and online services.

The technology giant gave more details about a greener Apple company in a special section at the section made especially for clean energy launched on Monday. This section’s purpose is to accentuate the iPhone and iPad producer is enlarging confidence in renewable energy and is polluting less with its used electronics.

The electronics company has been rewording its customers from the over 400 stores if they brought iPhones and iPods that could be recycled. They were rewarded with gift card. The company founded by Steve Jobs is now recycle any used Apple device with zero costs.

Taking into account the fact that Apple sold more than 1 billion iPhones, iPods, iPads and Mac computers, this comes as a huge progress. The procedure is valid for electronics that cannot be thrown away as they contain toxins. Their products sand for about 2% of the emissions in 2012 as the statistics from Greenpeace say. Some of the largest electricity demands come from data center that house the stacks of computers that process search requests, store photos and email, and stream video. These services often consume more electricity than China, the U.S., Japan, India and Russia. Being the world’s largest technology company, Apple wants to bring more environmental solutions than problems.

Moreover, the company is not doing this just for good publicity. As a recent review says, Greenpeace is praising Apple and it describes it to be “the most innovative and most aggressive in pursuing its commitment to be 100 percent renewably powered.”

Posted by admin on Apr 23 2014. Filed under Energy Market, Market News, Solar PhotoVoltaics, Technology, Uncategorized, USA. You can follow any responses to this entry through the RSS 2.0. You can leave a response or trackback to this entry