Google collaborates with SunPower for leasing solar panels to homeowners

The two companies will put $250 million in leasing solar systems to homeowners. The search engine giant is investing nearly $100 million, while the solar panel maker is contributing with $150 million. Google declared that the purpose of this program is to facilitate the procces of going green for thousands of homeowners in the U.S.A.

“Using the fund… we buy the solar panel systems. Then we lease them to homeowners at a cost that’s typically lower than their normal electricity bill”, said Google. 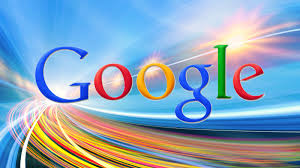 The Mountain View technology giant’s plans come after a major boost in financing methodes. The number of homeowners that can benefit from the leasing program is growing and than they buy them outright.

Solar energy based companies are also in search of creative methods of investing in their business.

Solar leasing not for everyone

Solar producers that collaborate with homeowners regularly have difficulties when they are trying to pursue traditional banks to put their money into anything that isn’t a large-scale project, as analysts report. A lot of investment firms do not know the uncertainties that come with solar energy and don’t want to wait out the payout period, that can last many years.

Google seems to be very interested in long term investments in solar energy project in the upcoming years.

The company mentioned has invested in solar leasing before with the help of SolarCity and Clean Power Finance. In November, the company announced its plans to contribute with up tp $80 million for six utility scale solar facilities in two states: California and Arizona.

Posted by admin on Apr 25 2014. Filed under _featured slider, Energy Market, Market News, Solar PhotoVoltaics, Uncategorized, USA. You can follow any responses to this entry through the RSS 2.0. You can leave a response or trackback to this entry