ABB, granted by the EC to buy Power-One 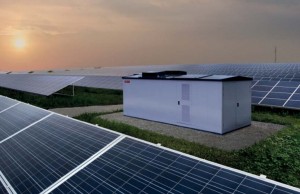 ABB has its path paved into growth by the approval of the European Commission by buying the U.S. inverter producer Power-One; it is mentionable that the $1 billion auction took place without any struggle in the sale of the California-based inverter producer.

The lack of competition was present “given the limited to moderate combined market shares and the small increments resulting from the merger” declared by the Commission.

The purchase of Power-One was announced in April by ABB, the Swiss colossal engineering company, and is to solidify its position as the top global dealer of solar inverters.

Nevertheless, the EC specified that a few tough adversaries still stay in the afflicted markets for solar energy converters and consumers still have alternate solutions in buying the products.

It appears that ABB is about to set expansion in the PV industry after last’s month gathering with the chief executive designate Ulrich Spiesshofer, taking the place of Joe Hogan, former CEO, in September. ABB will expand in the sector if it makes strategic sense.

Inverters represent the brain of PV systems, offering minimal chance that these devices will become a cheap mass of produced goods, declared Maxine Ghavi, the head of ABB’s solar business. The purchase of Power-One provided “access to the entire market, from private homes and commercial buildings to power plants”, she added. She expects the PV trade industry is about to expand more than 10% in the upcoming years.

ABB also revealed plans to extend inverter production in India and South Africa in addition to the preexisting plants in China and Estonia.

Posted by admin on Jul 26 2013. Filed under _featured slider, Energy Market, Market News, Solar PhotoVoltaics, WORLD. You can follow any responses to this entry through the RSS 2.0. You can leave a response or trackback to this entry