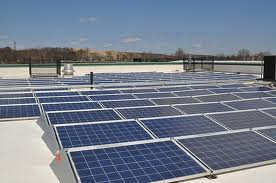 The projects to be built in Long Island must be  100 kW to 2 MW. This comes after the first initiaive of  100 kW to 2 MW, wich encountered a lot of succes.

The purpose of Long Island Power Authority is to reach another 100 MW in distributed solar generation with the help of its Clean Solar Initiative II. There are a couple of main areas in the Long Island grid.

After the successful energy sell for bidders through Lipa  through a 20-year PPA, the Clean Solar Initiative II (CSI-II) decided to help out the interested parts in 100 kW to 2 MW sized schemes to bid against each other over the price they can offer green energy.

A  premuim of  US$0.07/kWh (€0.05/kWh) will be on the market in a bid focus generation on specially selected areas east of LIPA’s Canal substation in Southampton. If this turns out to be a succes, distributed generation will turn down the need for electrcity generation, infrastructure and distribution investment in the overcrowded area of the Long Island grid.

LIPA also announced the plans for another two renewable energy projects till the end of the year.

Posted by admin on Jul 17 2013. Filed under _featured slider, Market News, Solar PhotoVoltaics, USA. You can follow any responses to this entry through the RSS 2.0. You can leave a response or trackback to this entry