Thorough bargaining continue to take place between the EU and China in the discussion of the PV market. Chinese Minister 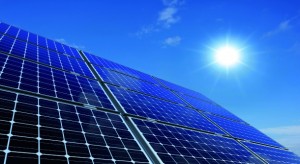 Gao Hugheng and the EU trade commissioner Karel De Guchy will confront each other on this concern by the end of the week, being said that it will consist in long telephone conversation between the two. Additonaly, a compromise was offered to China by the EU, EU awaits a response.

The member states of the EU are to be aknowledged by the European Commission in the negotiation-related matters by the end of the week. China was seemingly given concessions by the EC, as reported earlier this week by the German news agency DPA.

An import tax cut was proposed by the EU for crystalline substrates, cells and arrays by 15%, but the reduction is not known on which base. Although it is said that the EU made a minimum import value proposal of  €0.65 per watt for Chinese arrays, given to us by well informed sources, China had a proposal of the minimum price of €0.50 per watt on imported arrays.

Import duties on Chinese crystalline substrate,cells and arrays will rise from 11.8% to an average of 47.6% if no compromise is achieved by Aug. 5.

Posted by admin on Jul 21 2013. Filed under _featured slider, Asia, Europe, Market News, Solar PhotoVoltaics. You can follow any responses to this entry through the RSS 2.0. You can leave a response or trackback to this entry