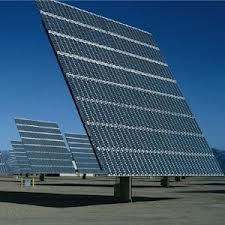 The concern of loosing agricultural land may not be put apart by commitments to sustainability. The problems may be determined by incentives that can not stir rooftop and mid-size schemes.

The irresponsible installers from the UK are causing problems for large scale solar farms that are supported by the UK government who wants to introduce guidelines to increase their development.

A debate regarding the details was organized by Sarah Wollaston. The worries about visual impact of large scale solar farms, named hard-pressed farmers try to diversify their businesses, were summarized by Wollaston. Those who do not support solar farms also pointed out the loss of agricultural land.

According to the STA, the problem seems to be a solar policy that doesn’t reward enough the mid-size installations.

“We’d all like to see more roof-mounted, community and mid-sized schemes and that came over loud and clear in the (parliamentary) debate. But the fact is the UK FIT scheme is failing these important applications. If that’s what the minister and MPs want to see – and they say they do – that situation must now also be addressed”, in term of Leonie Greene, STA’s head of external communications.

Posted by admin on Jul 15 2013. Filed under _featured slider, Energy Market, Europe, Market News, Solar PhotoVoltaics. You can follow any responses to this entry through the RSS 2.0. You can leave a response or trackback to this entry