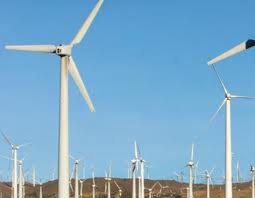 GE and Renova Energia, a wind developer leader in Brazil with 1 GW installed, have signed a contract worth US$ 394 million for 230 GE 1.68-82.5 wind turbines.

All 230 turbines have a 10-year operating contract, which will be managed from GE’s services centre.The purchase is part of Renova’s expansion plans that began in November 2011 with the construction of the Alto Sertão 2 Wind Farm, comprising 15 parks with a total installed capacity of 386 MW.

The contract is to supply energy sold by Renova in the Reserve Energy Auctions (LER) in 2010 and 2011. The Alto Sertão 2 Wind Farm is in the cities of Caetité, Guanambim and Igaporã, in the southeast of Bahia state, in Brazil.

“Scale and efficiency are increasingly important factors in the wind power segment and they have created a new scenario, which is more complex and which requires internationally recognised partners such as GE,” says Luiz Freitas, Legal and Purchasing Director at Renova. “This contract is the result of the value generated by a joint Renova and GE team in the pursuit of the state of the art in wind power technology in Bahia.”

The partnership between the two companies began in Brazil’s first exclusively wind energy auction in December 2009. “Renova built the largest wind farm in and we are proud to take part in this project and to help boost wind power generation in Bahia,” says Jean-Claude Robert, leader of GE’s Renewable Energy business in Latin America.

Posted by solar-magazine.com on Dec 15 2012. Filed under _featured slider, INDUSTRY, Technology, Wind. You can follow any responses to this entry through the RSS 2.0. You can leave a response or trackback to this entry