Wind power is growing in Italy 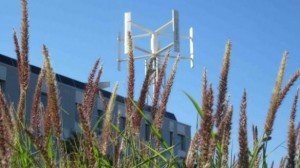 The installation of small wind turbines is growing rapidly in Italy since the introduction of feed-in tariffs.

Since the introduction of feed-in tariffs for small wind turbines in 2008, installations have grown exponentially, says the University’s Wind Energy Report. Yet installed capacity of small wind turbines doubled from 2008 to 2009 and again in 2010 and 2011.

More than 90 % of the small wind turbines are less than 80 kW in size. 70 % of the capacity is installed in the southern provinces, 25 % in the central region, and only 5 % in the mountainous north.

Italian feed-in tariffs for small wind turbines are quite lucrative, effectively double that of total payments for commercial wind under Italy’s Green Certificate (Certificati Verdi) system. Yet, Italian small wind tariffs are comparable to those in Britain, e.g. new tariffs go into effect at the end of the year.

Italy will differentiate small wind into two size tranches: <20 kW, and 20 kW to 200 kW. While the tariffs have been cut modestly, the contract term has been extended from 15 years to 20 years.

According to the University’s Wind Energy Report, 3 % of Italy’s land area has average wind speeds of greater than 6 m/s or good to excellent wind, 37 % has average wind speeds from 4 m/s to 6 m/s or sites with good wind. The report quotes the Italian wind energy association (Associazone Nazionale Energia del Vento), that Italy has the potential for 1,000 MW of small wind turbines capable of generating 1.5 to 2 TWh per year.

Posted by solar-magazine.com on Dec 5 2012. Filed under _featured slider, INDUSTRY, Technology, Wind. You can follow any responses to this entry through the RSS 2.0. You can leave a response or trackback to this entry