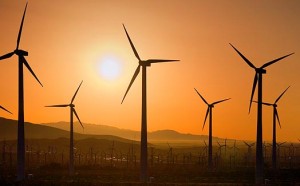 In 2015, the U.S. Energy Information Administration predicted that capacity additions would begin to slow, and from 2018 to 2024 the agency believes additions will average less than 4 GW annually.

New capacity additions are slowing as efficiency and demand management techniques make new generation less necessary nationwide, and the new plants that are added are largely cleaner than in years past, SNL Energy reports.

A combination of wind, solar and natural gas made up the overwhelming majority of new capacity additions last year: Some 96%, according to SNL’s data. Coal and oil combined for less than 1%.

Those figures are similar to what EIA noted last year: that renewable power made up 70% of new generation in the first half of 2015. But SNL’s data appears to show gas additions made up some ground, ultimately consisting of more than a third of additions last year.

Record low prices have driven a big “build cycle” for wind energy, according to a study from the Lawrence Berkeley National Laboratory. Low power purchase agreement prices and the Clean Power Plan could help spur wind’s growth in 2016, especially as the U.S. House of Representatives passed a $1.1 trillion omnibus spending bill that included extensions for the solar investment tax credit and wind’s production tax credit.

According to EIA, new power additions through 2017 will average about 17 GW annually, with about half of that being non-hydro renewable power. From 2018 to 2024 EIA estimates capacity additions will average less than 4 GW annually. That’s a large shift from the 26 GW added each year between 2000 and 2013.

Posted by roxana on Jan 12 2016. Filed under _featured slider, INDUSTRY, Solar PhotoVoltaics, USA, Wind, WORLD. You can follow any responses to this entry through the RSS 2.0. You can leave a response or trackback to this entry