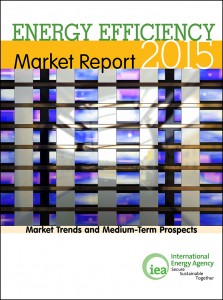 A new report from the International Energy Agency has concluded that energy efficiency improvements since 1990 helped avoid 870 million tonnes of CO2 emissions in 2014.

According to the International Energy Agency’s (IEA) Energy Efficiency Market Report 2015, cited by Clean Technica, over two decades of energy efficiency improvements throughout IEA-member countries contributed to a cumulative 10 billion tonnes of carbon dioxide emissions avoided over these last 25 years, which is roughly equivalent to annual emissions by all IEA member countries.

“Per capita energy consumption in IEA countries has dropped to levels not seen since the 1980s yet income per capita has never been higher,” write the authors of the report, released last week. “Energy efficiency improvements over the last 25 years are the primary reason for this uncoupling of energy consumption and economic growth, and have enabled consumers in IEA countries to spend USD 5.7 trillion less on energy, while enjoying higher levels of energy service.”

Specifically, energy intensity throughout the OECD member-states improved by 2.3% in 2014, with energy consumption reaching its lowest levels since 2000, while GDP grew by $8.5 trillion, an increase of 26%.

The report goes a long way to backing up IEA’s analysis that energy efficiency improvements are the most effective tool to reduce energy sector carbon emissions, with the IEA suggesting that such improvements account for more than 40% of the required reductions to limit global warming to 2 degrees.

The IEA points out that energy efficiency investments in IEA countries since 1990 generated 520 Mtoe of avoided total final consumption (TFC) in 2014, which is larger than the larger annual TFC of Japan and Korea combined.

Posted by roxana on Oct 21 2015. Filed under _featured slider, Analysis & Features, BUSINESS, Market News. You can follow any responses to this entry through the RSS 2.0. You can leave a response or trackback to this entry