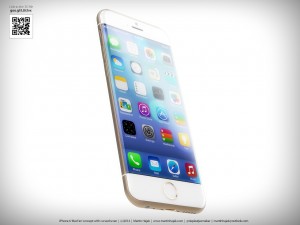 iPhone 6 will be manufactured with solar energy

The technology giant that in the past drew fire from campaigners for the fossil fuel dependence, is nowadays the leaders of companies for taking control of its own energy resources. Even if the solar farm owned by Apple is not doing great, the people in control of the environmental areas make use of the power harvested by the panels and place Apple on the green power-friendly companies map.

As we can remember, all the data centers were converted to clean energy and Apple is obliged to use solar power, the sapphire screens for the iPhone 6 will be manufactured with solar energy, in a factory in Arizona.

In the past year, the telegenic Jackson was the front woman for Barack Obama’s environmental plans as the administrator of the Environmental Protection Agency. At present, she is responsible with the needs of minimizing the carbon footprint that Apple is causing. She also needs to be certain that the company does what it takes to decarbonize its products.

Big amounts of electricity are required by the data centers in order to preserve climatic conditions and keep the servers running and supplying all the electronic transactions on a daily basis.

Thanks to this new initiatives, users can be sure that when they need to download something or chat with somebody they will not be responsible for contributing to the carbon pollution, as Jackson reports.

“If you are using your iPhone, iPad, Siri or downloading a song, you don’t have to worry if you are contributing to the climate change problem in the world because Apple has already thought about that for you. We’ve taken care of that. We’re using clean energy,” she added.

Apple is also planning to use solar and geothermal energy for a manufacturing site in the U.S., a plant in Mesa, Arizona that produces sapphire glass.

“We are aware that almost 70% of our carbon footprint is in our supply chain,” Jackson said. “We are actively working right now on the facilities that we have here in the United States”.

This new investments represent a reversal for the company that faced a lot of critics for the working environment and the toxic chemicals dependence especially in Chinese factories and for the use of carbon-based sources as coal.

Posted by roxana on Jul 30 2014. Filed under _featured slider, BUSINESS, Market News. You can follow any responses to this entry through the RSS 2.0. You can leave a response or trackback to this entry