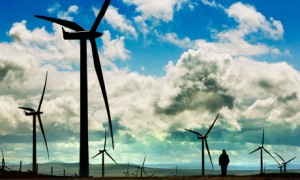 61 green energy projects in the UK were targeted by foreign investors in 2013, fact that come as a confirmation that this domain is considered one of the most attractive ones for abroad investments, as the latest government report shows.

UK Trade and Industry yesterday announced that 2013/14 was a cosmic one for away investment. This was confirmed by the last report in the country, report that also says the biggest number of inbound was recorded in the 1980s.

The new report focuses on green energy through the first 12 sectors for inward investment, counting over 60 projects that were supported last year and 46 a year before that.

Offshore wind reveals a surprisingly tempting sector as the British countries carries on as the market leader and has wants to produce at least 10GW of capacity until 2020. In 2013 saw Canadian pension fund La Caisse plough £644m in London Array, the world’s biggest offshore wind farm.

In the meantime, Swedish utility Vattenfall put £400m Peny Cymoedd onshore wind farm located in the Wales, that is said to generate 300 jobs.

BP, AB Sugar and DuPont also last year opened up the £350m Vivergo bioethanol plant in Hull, that can generate 420 million liters of the renewable transport fuel every year at full capacity.

The report was opened in front of the Commonwealth Games Business Conference in Glasgow, that begins tomorrow, and wants to attract more investors to the UK. It reveals that through the economy, the British country captivates support for 14% more projects that in the years before, and help the country with 66,390 new jobs, a number overcomed only in 2001.

Still, the report also tells us that the oil and gas sector also became an important part of the investments as contributions were made by foreigners for 52 projects in the past year. Software and computer services are still the most attractive area, even if investment fell slightly from 261 projects in 2012 to 229 projects last year.

“Part of our long-term economic plan for the UK is about promoting every part of our country to the world and Glasgow’s Commonwealth Games will give us another fantastic platform to do this. I promise this government will continue to work on behalf of every hardworking business in the UK to drum up trade, encourage investment and pave the way for growth so we can generate jobs, pay our way in the world, and create stability, security and a brighter future for our country,” said Prime Minister David Cameron in a statement.

Posted by roxana on Jul 21 2014. Filed under _featured slider, INDUSTRY, Wind. You can follow any responses to this entry through the RSS 2.0. You can leave a response or trackback to this entry