Microsoft announces they will power their datacenters with green energy 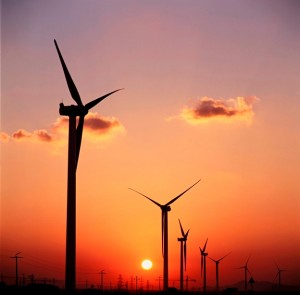 The soft giant said they will power a number of datacenters with wind power. In order to do that, they signed a 20-year contract with a wind farm from Illinois.

The deal with EDF Renewable Energy is very much alike with the one the company signed last fall for a wind farm from Texax.

This Pilot Hill Wind Project is among the company’s biggest wind investment until now since it is 60% larger than the one in Texas, Keechi Wind Project

The leas with EDF Renewable Energy will see Microsoft assets up to an approximately 675,000 MWh of green energy from the 175MW wind farm every year.

Robert Bernard, Microsoft chief environmental strategist, reports in a blog post that the company is “committed to reducing our environmental footprint, and over the past two years we continue to meet our goal of becoming carbon neutral”.

“By purchasing wind, we will reduce the overall amount of emissions associated with operating Microsoft facilities and hopefully spur additional investment in renewable energy. Because the Chicago datacentre draws power from the Illinois power grid, projects like Pilot Hill help provide a non-polluting source of energy that displaces greenhouse gas emissions from conventional power.” he added.

The site construction has already begun at will be finished next year.

The senior energy campaigner at Greenpeace, David Pomerantz, believes Microsoft’s wind energy acquisition reveals that they are willing to compete with other cloud computing companies on the renewable front.

“Microsoft‘s large purchases of wind energy in Illinois and Texas, taken alongside the commitments by cloud competitors Rackspace and Google to power their respective operations with 100 per cent renewable energy, highlight the failure by Amazon Web Services to reach even the starting line in the race to build a clean cloud and green internet. As other companies move to embrace solar and wind, AWS risks losing business from customers that are beginning to expect their cloud to be powered by renewable energy” he also said.

Posted by roxana on Jul 17 2014. Filed under _featured slider, BUSINESS, Market News. You can follow any responses to this entry through the RSS 2.0. You can leave a response or trackback to this entry