Palo Alto, a city from the American state California will be a part of the sponsoring team of the event commemorating solar energy’s big breakthrough.

The City of Palo Alto and Renewables 100 Policy Institute will join forces and to pay tribute to scientists that started today’s booming solar industry.

A nonprofit organization that is responsible for the big breakthrough of solar industry and is aiming to bring it to 100% will cosponsor the PV 60 – History Becoming the Future, a celebration of the solar industry big boost. The event will take place on the 18th this month at the Lucie Stern Community Center. 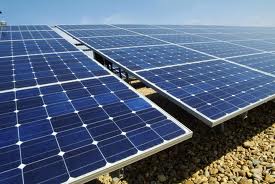 In 1954, scientist from an important lab in the U.S proved that the world’s very first solar cell that was able to transform sufficient sunlight onto electricity in order to generate electricity. This happening will celebrate Dr. Mort Prince who is 90 years old and is the last person that is still alive from the team of designers of the of the 1954 original demonstration photovoltaic arrays. Dr. Mort inspected the manufacturing of solar cells for the Vanguard that was the first solar satellite that started the solar industry and later headed the U.S. photovoltaic program under Pres. Jimmy Carter. Eugene Ralph collaborated with Prince on Vanguard’s first solar cells for space will be participating as well.

The hosting city will also be given recognition and will receive an award, the History Becoming the Future Award for using 100% free of carbon electricity for its community.

“Palo Alto is a living demonstration of history becoming the future” said Diane Moss, founding director of the Renewables 100 Policy Institute, organizer of the event, according to pv-magazin. “The City’s commitment to an all renewable energy electricity portfolio is remarkable, and we’re delighted to pay tribute to their bold leaders, along with the visionaries who helped make it all possible by launching the global solar industry back in the 1950s.”

“We are honored to be the recipient of this award recognizing the City’s efforts to create a healthy and sustainable community,” Mayor Shepherd said. “The City has long been a leader in pursuing initiatives to increase our community’s environmental sustainability. Committing to using only carbon neutral electric resources is one of many positive steps the City has taken toward combating climate change.”

People who attend will be able to see exhibited artifacts that have never been exposed. This will include things like Bell Laboratories modules, archival photos and films, and former top secret papers that chronicle solar’s remarkable first 60 years.
Solar historian and author John Perlin, that participated in the exhibitions for the National Renewable Energy Laboratory and the California Energy Commission and will add his observations based on his latest book Let It Shine: The 6000-Year Story of Solar Energy, which experts are calling the “solar bible,” and “the authoritative background story on the world solar revolution.”

Posted by admin on Apr 14 2014. Filed under _featured slider, Energy Market, Market News, Solar PhotoVoltaics, USA. You can follow any responses to this entry through the RSS 2.0. You can leave a response or trackback to this entry