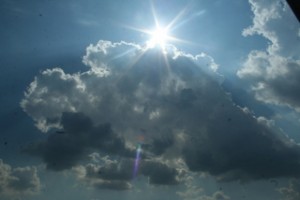 British scientists from a famous Laboratory have been working on the next generation of solar panels that work better when it’s clouded.

The material they are using very thin and can have any color. It can also be printed in sheets on a 3D printer.

Even if the necessary procedures is only beginning to develop, scientists are being optimistic about it and say that very soon they will make the solar PV market and we will see them on coats or bags and we will be able to charge our phones or laptops with them.

Another big advantage of this type of solar PV panels is that they are easier to install on houses because they don’t require fortifying of the roofs and they would be invisible so they world’t bother homeowners.

The concept raised the curiosity of car manufacturers such as Fiat and Ford, which are interested if they could install such panels on the roofs of their cars and replace flat batteries.

The solar cells we know contain semi-conductors like crystalline silicon. So when the lights gets to them a part of the energy is taken in and kicks electrons loose in the silicon that can be lead into a current and withdrawn for external use. This new technology has small organic molecules as semi conductors that can be mixed in and printed in any shape with a 3D printer.

What’s more intriguing about this new type of material is the fact that as opposed to traditional panels that work better in direct sunlight, they function extremely well when the sunlight is not direct or strong.

Researchers tested the new organic photovoltaic material in desert conditions and it reached a 10% efficiency and in cloudy conditions it went up to 13%.

The main research scientist at the National Physical Laboratory Dr. Fernando Castro, believes that “Organic photovoltaics work much better in low and diffused light conditions. Even if it’s cloudy they still work. It’s not that they are going to produce more power but they are more efficient at generating power from the light that is available. So they would work better than normal soar cells do in cloud.”

The new material is going to be less expensive and more environmentally friendly than the old solar cells.

Posted by admin on Mar 19 2014. Filed under _featured slider, Energy Market, Europe, Solar PhotoVoltaics. You can follow any responses to this entry through the RSS 2.0. You can leave a response or trackback to this entry