Next generation of Photovoltaics to boom this year 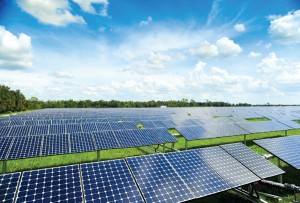 New wave of PV to be used this year

The new generation of photovoltaics are said to enter the clean energy market in 2014 as analysts predict and since investments are coming back.

Analysts at IHS Technology believe that the new wave of PV technologies like n-type substrates and diamond wire will be more available this year since solar companies boost the capital expenditure.

Resilience and trust in global solar markets, combined with new spending cycles, will do much for solar’s transition from nowadays technologies to next-generation PV, as analysts say. They also announce that people will spend $3.4 billion in 2014 on PV this year.

“Innovative technologies will be atop the agendas of major solar manufacturers globally now that supply and demand has come to closer alignment,” reports IHS solar demand analyst, Jon Campos.

“While most experts thought that overcapacity issues would remain significantly longer, the fundamental assumptions made by IHS were that the industry would move toward market equilibrium behind increasing demand in the emerging markets, and that PV manufacturers would turn to advanced technologies to compete with traditional forms of energy production – assumptions that are now coming to fruition,” he added.

Diamond wire, n-type and CdTe are going up. A report IHS made this year says that solar producers that have made it through the past year and a half is are searching for more profitable ways to get slicing tools. Taking this into account, diamond wire is going to take the place of steel wire. Moreover, industry norms will also move in the monocrystalline market, where N-type cells will start to substitute p-type substrates because of the bigger tolerance to common impurities and high minority carrier diffusion lengths.

Posted by admin on Mar 17 2014. Filed under _featured slider, Energy Market, Market News, Solar PhotoVoltaics, WORLD. You can follow any responses to this entry through the RSS 2.0. You can leave a response or trackback to this entry