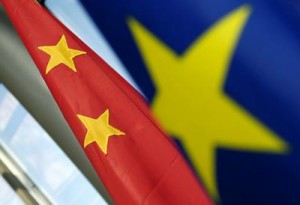 None of the Chinese solar manufacturers are mentioned in the almost 200 page report. Taking care of the green energy industry from 2011 onwards is the closest form of criticism in the report.

The EU has an ongoing anti-subsidy investigation related to Chinese solar projects, but a report made by the European Commission’s directorate-general for trade into restrictive trade measures worldwide does not mention explicitly any pleas for the Chinese government who has dishonest subsidies for its solar manufacturers.

The Tenth EU report on potentially possibly prohibitory trade measures was made before the G20 summit of world leaders in St Petersburg, Russia.

The almost 200-page report shows some possibilities of maybe restrictive measures that include also ‘behind-the-border’ restrictions such as measures “to stimulate domestic industry or exports at the expense of competing foreign economic players.”

Inceptive measures condemned hold subsidized interest rates about export credits in India, US$1.5bn of state grants by the G20’s Russian host for luxury goods retailers, preferential government loans and insurance for South Korean retailers and a JPY200bn (US$2bn) Japanese subsidy to cover up to half the costs of retail firms. Still, China is noticeable by absenting from the recap of displayed stimulus measures applied this year until May 31.

The closest approach of the EU to the mentioning of the pleas by solar manufacturers of subsidized loans from Chinese-state-owned banks is in a mention of China’s 12th five-year plan – to govern industrial policy from 2011 to 2015 – that reported an intention to take care of seven strategic industries that ‘green energy.’

Posted by admin on Sep 9 2013. Filed under _featured slider, Asia, Energy Market, Europe, Market News, Solar PhotoVoltaics, Solar Thermal. You can follow any responses to this entry through the RSS 2.0. You can leave a response or trackback to this entry