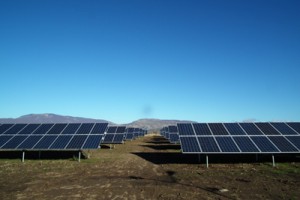 Romania’s solar capacity increased after the contraction of three PV solar parks was finished by Et Solar group. The parks have the combined capacity of 28 MW. So, an increase of 48 MW was made over the last eight months, after the company installed a total of 50 MW this year.

The PV modules were provided by ET Solar Group and the engineering procurement and construction services and the financing also were supplied by ET Solutions AG, its Munich-based subsidiary to be precise. The ET Solutions’ Romanian branch will be in charge of operations and maintenance.

ET Solar Group president and CEO Dennis She says that “the achievement of grid connection for these three photovoltaic plants is a result of seamless coordinated work among our team in Munich and Bucharest”. “It further demonstrates that we are transforming ourselves into a global EPC company. We are committed to further growing our project solutions business to other emerging markets.”

Romania had only 2 MW PV capacity in the last October, so the industry has come a long way in this country. However it was not easy. The Romanian government imposed new measures in June which were meant to frighten foreign investors. Between them is one ordinance that is meant to disapprove two out of six six green certificates given to photovoltaic energy producers per megawatt hour fed into the national grid. The Romanian energy regulatory Authority will still assign PV solar plants plants six green certificates but repress two of them until March 2017.

Posted by admin on Jun 21 2013. Filed under _featured slider, Energy Market, Europe, Market News, Solar PhotoVoltaics. You can follow any responses to this entry through the RSS 2.0. You can leave a response or trackback to this entry