100 biogas plants may be built in Russia 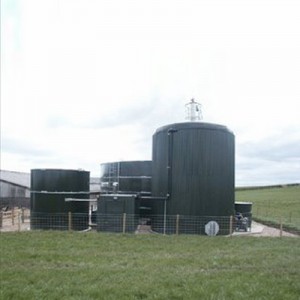 Altenergo, a Russian energy company, is considering investing about $ 2 billion in the construction of 100 biogas plants in the Belgorod Region in Central Russia during the next several years.

The company plans to build at least 100 biogas plants with a capacity of 230 MW in rural areas of the Belgorod region, which will produce 9.6 million kWh of electricity and 18,200 Gcal of heat per year.

Successful implementation of the project will allow to provide with electricity and heat more than 1 million inhabitants of the region, which is about 13 % of the total consumption.

t present the share of renewable energy sources in Russia’s total energy balance remains small, not exceeding 1 %, however, according to state plans, it should be increased up to 4.5 % by 2020.

Most of the funds for the project is expected to be provided by the Russian banks and in particular Sberbank, which has already invested about 480 million rubles in the construction of one of the first Russian industrial biogas plant also in the Belgorod region which will have a capacity of 500 kW.

Posted by solar-magazine.com on Sep 13 2012. Filed under _featured slider, INDUSTRY. You can follow any responses to this entry through the RSS 2.0. You can leave a response or trackback to this entry