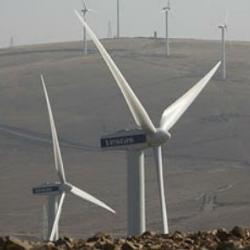 After internal analysis revealed a declining demand for kilowatt-class wind turbines, the Danish manufacturer Vestas has decided to cease production of its V52-850 kW and V60 850 kW turbines and consequently also to close its factory in Hohhot, China.

Vestas plans to cease production in Hohhot “in the course of the summer” and expects annual savings of approx. € 10 million. After that, Vestas will still be represented in China by its production plants in Tianjin and Xuzhou as well as its two offices in Beijing and Shanghai. The total number of Vestas employees will then amount to around 2,600.

Although the Danes are withdrawing from Hohhot, confidence in the long-term outlook for the Chinese Market still exists, the company said. Outstanding supply agreements for the affected turbines will, of course, still be honoured. Maintenance and servicing of the installed turbines is to remain an area of business for Vestas.

Posted by solar-magazine.com on Jul 12 2012. Filed under _featured slider, INDUSTRY, Wind. You can follow any responses to this entry through the RSS 2.0. You can leave a response or trackback to this entry