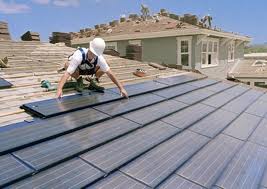 If installations keep developing at the same rate, Great Britain could join the ranks of the GW markets in 2012.

According to statistics from the Department of Energy and Climate Change (DECC), PV systems with a peak capacity of 1.15 GW currently produce electricity on British roofs and open land areas. This means that around half a GW (around 128,000 systems) has been added since the start of the year.

The PV specialist Ray Noble of the Solar Trade Association (STA) commented: “The previous ups and downs were obviously not sustainable, but the feedback we are getting from the industry shows that the number of new installations will continue to rise. We need to increase the current level to around 21 MW/week if we want to reach the annual target of 800 to 1000 MW set by the government.”

There are some risks ahead, such as the reduction of the feed-in tariff planned for August, which would, for example, reduce the rate for systems smaller than 4 kW from 21 pence/kWh to 16 pence/kWh. But despite this, STA head Paul Barwell is optimistic: “We are now quite certain that the British PV market is recovering.” He sees the latest rise in installations as a clear sign of the sustainable development of the sector.

After the large reductions in support made in the spring, the STA is focusing its efforts on ensuring that users and investors regain confidence in the feed-in tariff system. “We are working hard on spreading the message that solar power
remains a great investment.” In April of this year, the government halved the tariff to the current level of 21 pence/kWh for small systems under 4 kW.

Posted by solar-magazine.com on Jul 12 2012. Filed under _featured slider, Market News. You can follow any responses to this entry through the RSS 2.0. You can leave a response or trackback to this entry