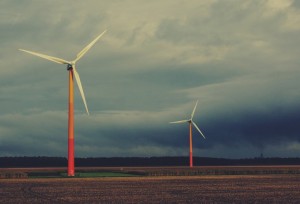 The renewable energy generation capacity increased by 152 gigawatts (GW), which is equivalent to 8.3% last year, the highest annual growth rate on record, according to new data released by the International Renewable Energy Agency (IRENA).

According to utilities-me.com, the Renewable Capacity Statistics 2016 found that as of the end of 2015, 1,985 GW of renewable generation capacity existed globally.

Adnan Z Amin, Irena director-general, said: “Renewable energy deployment continues to surge in markets around the globe, even in an era of low oil and gas prices. Falling costs for renewable energy technologies, and a host of economic, social and environmental drivers are favoring renewables over conventional power sources.

“This impressive growth, coupled with a record $286 billion invested in renewables in 2015, sends a strong signal to investors and policymakers that renewable energy is now the preferred option for new power generation capacity around the world.”

It was a record year for both wind and solar due in large part to a continued decline in technology costs.

Meanwhile, wind power grew 63 GW (17 per cent) driven by declines in onshore turbine prices of up to 45 per cent since 2010.

Solar capacity increased 47 GW (37 per cent) owing to price drops of up to 80 per cent for solar photovoltaic modules in the same time period.

Overall, capacity has increased by roughly one-third over the last five years, with most of this growth coming from new installations of wind and solar energy.

In terms of regional distribution, the fastest growth in renewable generation capacity came in developing countries.

“The significant growth rates for renewable generation capacity in developing economies are a testament to the strong business case for renewable energy,” said Amin.

“Renewables are not just a solution for industrialized countries, they are also powering economic growth in the fastest growing economies in the developing world.”

At the end of the year, hydropower accounted for the largest share of the global total renewable power generation capacity with an installed capacity of 1,209 GW, the majority of which are large-scale plants.

Wind and solar energy accounted for most of the remainder, with an installed capacity of 432 GW and 227 GW respectively. Other renewables included 104 GW of bioenergy, 13 GW of geothermal energy and about 500 MW of marine energy (tide, wave and ocean), he added.

Posted by roxana on Apr 12 2016. Filed under _featured slider, Analysis & Features, BUSINESS. You can follow any responses to this entry through the RSS 2.0. You can leave a response or trackback to this entry