Wind turbines in Germany generated 32.5 TWh of electricity in January 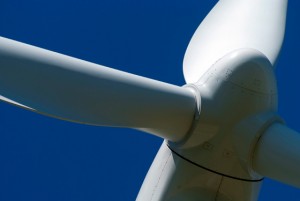 Germany’s wind power output in January-May rose 34% year on year and the country is on track for a third successive record year for new turbine installations, with the first wave of offshore wind farms finally coming online, a Platts analysis of the latest available data show.

According to Platts, wind turbines in Germany generated 32.5 TWh of electricity in January- May, up more than 8 TWh from a year earlier, grid operator data compiled by Platts Powervision show.

On average, wind generated 7.5 GW each hour in the first five months of 2015, the data shows. That is the equivalent output of seven modern nuclear reactors. Compared with the first five months 2013, wind output so far this year was even 71% higher, the data show. The main reason for the rise is record growth in Germany’s wind-power industry with Germany on track to install over 14 GW of new wind turbines between 2013 and 2015, averaging over 12 MW a day.

That compares with 13 GW added in the seven previous years between 2006 and 2012, or averaging just 5 MW/day, data from Platts Powervision show.

According to industry experts, the pending reform of Germany’s renewable energy law (EEG) and the introduction of an annual cap on solar in 2012 are one reason that triggered the latest boom in wind with onshore developers rushing to get projects implemented ahead of the launch of an annual cap on onshore wind this year.

Another reason for the current wind boom is delays in offshore grid links, which put back the planned start date of many offshore wind farms.

However, with the offshore grid link bottlenecks now easing, the first wave of some 3 GW of German offshore wind farms is on track to be online by the end of 2015. Offshore wind power capacity registered for direct marketing was 2.225 GW in May, a fourfold increase from a year earlier, according to the latest data from the TSOs. Last year, German offshore wind developers brought 529 MW online, doubling total installed capacity to 1.049 GW, according to the annual statistics.

Total onshore capacity was 38.116 GW as of end 2014 after a record 4.75 GW of new onshore wind capacity was installed last year.

However, the reform of the EEG, in place since August 2014, will cap future annual wind power installations at 2.5 GW for onshore wind.

Repowering of existing sites with more powerful turbines is exempt from the annual cap and more than 1 GW was added last year in a growing market, the BWE said.

The next update for new wind installations in the first half of 2015 is due in July.

The boom in additional wind capacity from 2013 to 2015 is in stark contrast to a sharp slowdown in new solar capacity, which boomed between 2010 and 2012 adding some 22 GW in those three years alone, Platts Powervision data show.

Germany’s new solar capacity fell 2014 for a second year in a row, down 42% year on year to 1.9 GW, its lowest annual level since 2007, as deeper cuts to solar subsidies have sharply reduced growth in the sector.

Combined output from wind and solar in January-May was 46 TWh with full-year estimates above 100 TWh, which would be the first time ever that wind and solar generated more electricity than nuclear in Germany.

Germany’s nuclear phase-out will start this June with the Grafenrheinfeld reactor coming offline for economic reasons six months ahead of its final decommissioning date, leaving just eight reactors with a combined capacity of 10 GW online until the end of 2017.

German day-ahead prices in April averaged Eur25.30/MWh, the lowest monthly average in more than 12 years as the seasonal drop in demand combined with strong supply from renewables as well as conventional sources.

By contrast, day-ahead prices in Great Britain in May averaged at GBP40.82/MWh (Eur56.17/MWh), more than double the average wholesale power price in Germany with the strong pound and the additional carbon levy boosting wholesale prices in the UK.

Posted by roxana on Jun 3 2015. Filed under _featured slider, Analysis & Features, BUSINESS. You can follow any responses to this entry through the RSS 2.0. You can leave a response or trackback to this entry