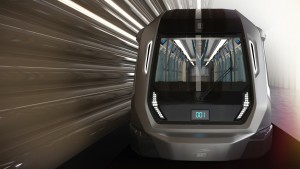 The team, involving ten students of Physics and Computer Science departments, proposed setting up a turbine at an underground metro station to check if it can be successful in harnessing the wind.

According to IBN Live, the project, undertaken by Kalindi College, has also got the backing of Delhi Metro Rail Corporation (DMRC), which allowed the students to install a turbine on trial basis at one of the underground metro stations.

“While standing at a metro station one day, the students realised that the wind energy produced in the tunnel by these fast moving trains gets wasted, and they decided to find out how it can be harnessed,” says Dr Punita Verma, Principal Investigator of the project.

The team, involving ten students of Physics and Computer Science departments, proposed setting up a turbine at an underground metro station to check if it can be successful in harnessing the wind. DMRC officials found the project interesting and gave the nod to install a turbine at Chandni Chowk metro station.

“Without obstructing the operation, safety and security of Metro services, it was decided to put up turbine along the underground tracks at the mouth of tunnel where the maximum wind velocity available is 6.5 m/s.

“In the first phase, we installed a three-blade turbine and later a five-blade light rotor turbine with a cut-in speed of less than 1.5m/s. We connected it to a battery and measured the power it generates. We also discovered that different stations have different construction and the same turbines cannot be used at all the metro stations,” Verma said.

The project, which has was started by a different group of students in 2013, has received a grant of Rs 15 lakh from the university. While the first phase involved the research work, the DMRC engineers were later roped in to test the feasibility, who have asked the team to develop the concept further.

“We are now working on different designs of the turbines whose size, shape and orientation will be customised according to the wind velocity and frequency of trains at different stations. Once the design is approved by DMRC, turbine firms will be approached to make these turbines,” Verma says.

Posted by roxana on Apr 6 2015. Filed under _featured slider, Student, WEB. You can follow any responses to this entry through the RSS 2.0. You can leave a response or trackback to this entry