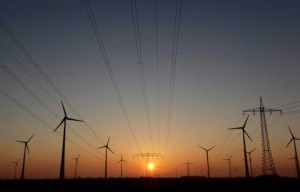 The benefits of clean power

Scientists at the eastern Lappeenranta University have calculated that China would become even more profitable if it were to make the switch to renewable energy within the next five to ten years. As the largest energy consumer in the world, China’s energy production remains a cornerstone of all global climate initiatives. The Finnish project was recently recognized in Japan for its groundbreaking simulation work.

According to yle.fi, a renewable energy research project conducted jointly by the state-owned VTT Technical Research Centre, the Lappeenranta University of Technology and the University of Turku’s Finland Futures Research Centre has successfully modelled comprehensive energy systems based entirely on renewable energy sources for China, Korea and Japan. The project was recently presented with an award for its pioneering work at a solar energy conference in Japan. Tekes, the publicly-funded Finnish Funding Agency for Innovation, has financed the joint project to the tune of five million euros.

“China possesses significant wind and solar energy resources, so a power network based on renewable energy sources has the potential to become profitable very quickly. That’s why they should move to a system like this. China is already the world’s largest investor in solar and wind energy at present,” says lead researcher Pasi Vainikka from VTT.

The Finnish researchers are confident that renewable energy sources like solar and wind power will become the cheapest form of energy production in Asia within the next ten years. What is more, energy produced in this way provides the added benefits of being inexpensive, emission-free and promoting self-sufficiency. Professor of solar energy Christian Breyer from the Lappeenranta University says the project’s large-scale simulation of functioning renewable energy networks is the first of its kind.

“A network fully based on renewable energy is possible in Northeast Asia. Renewable energy is also the cheapest form of energy production available to them there. All of the other options are more expensive. It is a new insight,” says Breyer.

Price of solar energy will drop by half

The big question when it comes to renewable energy sources is when they will become commercially viable. The Finns have concluded that in China, energy from solar and wind sources will become profitable already in five to ten years.

“Costs fall by 20 percent every time capacity is doubled. By 2025-2030 the price of solar electricity will be half what it is now. In practice, it is the cheapest form of energy production in a good chunk of the world. Our energy networks will change dramatically as a result,” says Vainikka.

“The share of solar energy in particular will grow in the coming years. It is definitely one of Fortum’s top priorities in India. Projects totalling hundreds of megawatts of power are announced there all the time, as well as new solar power plants. Solar energy is reaching adulthood. Soon it will manage on its own, without support,” says Fortum’s Technology Director Heli Antila.

Virtually unlimited amounts of solar and wind energy are available, but the problem is non-uniform supply. For this reason, it is necessary that the energy be stored.

“We are well aware of this limitation, but it also offers fantastic potential because it is so flexible. Once solar and wind reach 50 percent of grid capacity, we will need massive internal transfer operations that transfer power from storage on a daily basis, or according to the season. In Finland, the first dark months of winter would require the use of stored energy,” says Vainikka.

Here in Finland, the solar energy saved from the summer could be stored in synthetic natural gas for use in the winter months. The existing gas network would be used as a storage facility, as it will be integrated into the other energy sectors. Vainikka says the technology to facilitate this process is already known and the energy expended to store the stock would be relatively small.

“The solar power can be stored in the existing natural gas infrastructure. We don’t actually have this infrastructure yet, but it is coming with the launch of the new LNG (liquefied natural gas) terminals that have been agreed upon. They will provide significant amounts of chemical energy that can be used in the winter time.”

VTT aims to investigate how Finland could move to the forefront of the push for renewable energy. Vainikka says 90 percent of business in the renewable energy sector is in other areas than solar panels and wind turbines, focusing instead on how electricity generated by the two sources can be transported and stored most efficiently.

Posted by roxana on Jan 14 2015. Filed under _featured slider, Analysis & Features, BUSINESS. You can follow any responses to this entry through the RSS 2.0. You can leave a response or trackback to this entry