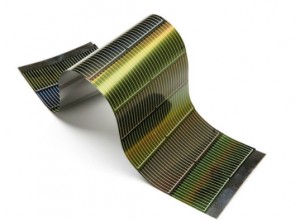 Rayton Solar, an American solar company, has developed technology that can produce super-efficient solar power that’s cheaper than fossil fuels. Their new solar panel manufacturing technology uses 50 to 100 times less silicon than other technologies, cutting out large amounts of the most costly component of solar panels.

According to inhabitat.com, the company says its patent-pending process uses just four microns worth of silicon, leaving zero waste – while boosting efficiency to 24 percent. That means 25 percent higher than industry standard efficiency.

Their patent-pending solar PV modules can be manufactured in the United States at a cost of 60 percent less than the industry average, which is based on prices from places like China where the majority of solar panels are made.

Posted by roxana on Dec 29 2014. Filed under _featured slider, INDUSTRY, Solar PhotoVoltaics. You can follow any responses to this entry through the RSS 2.0. You can leave a response or trackback to this entry