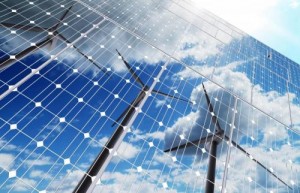 Green energy has always been seen as a great opportunity for the environment and the energy costs. If we take a deeper look into the economic aspects, we should pay attention to the cost of the feed-in tariff systems. First of all, we should take into account the aspects of the incentives and whether they are as expensive as they have always been and secondly we should analise whether the effect of wind is similar to other renewables.

A study made by the UPV/EHU’s Bilbao Energy Research Team (BERT) shows that wind is the most profitable of all green energy producers and in the meantime, solar is growing.

The UPV/EHU study takes a look at the power market in Spain between 2008 and 2012, a period of prosperity for the green energy in the country. Then, power production within the Special Scheme has a 57% increase- and quantifies its cost.

In order to make this happen, they had to measure the market savings made by green power sources but also had to calculate the quantity of incentives in renewable energy. The difference between them is the net cost of green energy.

This study is different from others because in this work the separate results for renewable technology are presented for the first time, demonstrating that the general conclusions cannot be applied to all the technologies across the board,” says Cristina Pizarro-Irizar, the lead author of the research.

The most important results are those obtained in 2008-2009 when the installed capacity was small, buut the savings generated on the electricity market had outcome the costs of the system. “It signified savings of between 25 and 45 euros per megawatt hour (MWh), depending on the year,” added Pizarro-Irizar.

Still, from 2010 onwards when green generation began to rise, the regulatory costs grew much, making a positive net cost on the system. “The penetration of renewable energy starts to be so high that the market prices do not fall any further and yet the costs of the incentives do in fact rise. There is a turning point and it is at that precise moment that the system is no longer sustainable. On the Spanish electricity market, that turning point was reached in 2010,” points out Cristina Pizarro-Irizar.

Posted by roxana on Sep 5 2014. Filed under _featured slider, INDUSTRY, Wind. You can follow any responses to this entry through the RSS 2.0. You can leave a response or trackback to this entry