Green energy the new source of power for villages? 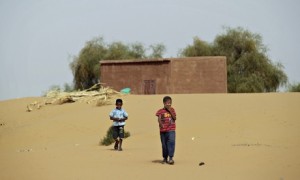 Villages could be powered with Cheap solar, wind or hydroelectricity

There are quite a few countries where energy infrastructure is not doing great. As a fallow-up, 1.4 billion people can’t enjoy the benefits of electric power. For example, in sub-Saharan Africa, just 8% of the population in villages are connected to electricity. All that could become a past problem as mini-grids – localised generation, transmission and distribution of power can resolve that.

The good news is the fact that solar power in the African continent and parts of India are incredibly low nowadays. So, a mini-grid is a cheap way to go.

The International Renewable Energy Agency (Irena) has just been awarded a $5m low-cost loan to the government of Mauritania, a place where only 1% of rural locations are powered. This loan can pay for four powered fishing communities in Mauritania’s northern coast.

The people of Bellewakh, Lemcid, Loubeir and Lemhaijratt are now lighten by candles, kerosene lamps and car batteries. Moreover, in order to power their power refrigeration units, they use canisters of butane which are not safe. The recently developed mini-grid will be made of 18 wind turbines of 15kW and will provide electricity for households, schools, health facilities, civic buildings, a desalination plant to produce drinking water and an ice-making plant.

Frank Wouters, director of Irena believes that a project like this is always welcomed. His company has $50m a year to invest in low cost loans but the last year was an exception and reached a billion. Irena was able to help six projects and refuse 80.

If mini-grids are a fact but are now powered by diesel Wouters says it is now a no-brainer for them to switch to turn green: “Where people are using diesel to generate electricity any renewable source of energy is at the moment more cost effective.”

Hydroelectricty is by far the cheapest – where it is available – followed by windpower, and only then solar panels. A report by the Alliance for Rural Electrification says that towns could save up to 60% of their costs if they turned to hydroelectricity or 16% if they turned to solar.

The low costs of green power made a change in the marketplace. Until now, Wouter says the people believed “solar is nice for [communities that are] off-grid, but it’s expensive, but that is not true anymore. It’s now cheap as well as being reliable, clean and low maintenance.”

So what is the problem with green mini-grids?

Wouters thinks that the first challenge the awareness of the low prices “When something halves in price every two years it’s hard to catch up, but I think that we’ve reached the point where people understand. “There is a big focus by the Asia Development Bank on mini-grids and the Islamic Development Bank; all the development banks are looking at this as a very interesting, scalable opportunity for them to put their money to work.”

Moreover, there is no infrastructure in some places.

Still, African savings are growing. And as Wouters says, every issue that comes together with the development will not disappear just like that, but the solutions are not so expensive anymore.

Posted by roxana on Aug 13 2014. Filed under _featured slider, Africa, WORLD. You can follow any responses to this entry through the RSS 2.0. You can leave a response or trackback to this entry