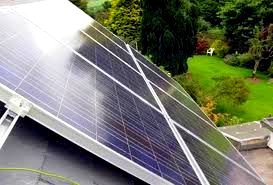 The next-generation solar technology was already adopted by First Solar and adapted for the 1,500-volt DC applications. If the inverter/transformer station is put together with this new development, a better working power plant design is created. This way the solar array grows and the number of inverters needed for each plant decreases. The inverters needed to convert the direct current or DC into alternating current or AC transport the energy to the grid. This type of system means a highly efficient way of obtaining energy from the economic and maintenance point of view.

Mahesh Morjaria, First Solar’s vice president of product management announced that “this is a significant step in establishing the next generation of utility-scale PV power plants. Partnering with an industry giant such as GE, we are able to take our power plant design to the next level and bring additional value to our customers.” Morjaria also believes that future generations of First Solar modules will have a better optimization thanks to the purchase of GE thin film PV technology.

“GE is known throughout the industry as an established leader in power generation technology. With our ProSolar inverters, we were able to draw from our experience developing and manufacturing technology for traditional power plants to create a highly efficient solution with industry-leading capabilities. The inverters’ design enables our customers to apply engineering design that significantly increases efficiency of energy production. Together with First Solar, we can help customers get the most out of their solar power systems,” is the opinion of Joe Mastrangelo, CEO of GE Power Conversion.

Posted by admin on Mar 24 2014. Filed under _featured slider, Energy Market, Market News, Solar PhotoVoltaics. You can follow any responses to this entry through the RSS 2.0. You can leave a response or trackback to this entry