U.K. and Bulgaria, the two EU countries who adhered to WEEE PV Directive in time 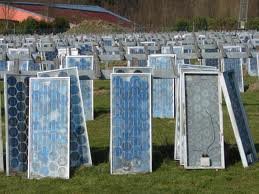 U.K and Bulgaria intro directives in their national lows

Just two E.U. countries submitted to the most recent Waste Electrical and Electronic Equipment Directive (WEEE) on PV modules and introduced them in their national laws until de 14th of February deadline.

Last Friday was the last chance for E.U. countries to comply with the most recent WEEE directives, a set of rules for the disposal of old solar PV modules and just the governments of the U.K. and Bulgaria brought the latest text into their national law.

This directive was primary introduced in August 2012 and was meant to incorporate rules and advices on the proper disposal of solar PV modules for the first time. 18 months was the changeover period in which the solar PV industry and every nation’s governments could make the necessary improvements to the standard removal and waste management, and the law that implies them.

The end of that period was on February 14, and even if the governments in key PV markets all over the E.U. didn’t officially transferred the guidelines into their own national versions of the European directive, WEEE will be a significant to the PV sector during 2014 and more, as the pan-European PV recycling and take-back organization, PV Cycle reports .

“Under WEEE, PV companies in the European Union will not only have to ensure the collection and recycling of their discarded end-of-life products, but are required to also guarantee the financial future of PV waste management,” announced PV Cycle’s managing director, Jan Clyncke.

Even if only Bulgaria and the U.K. subscribe to the necessary changes until now, other European countries showed their bids for compliance.

Posted by admin on Feb 19 2014. Filed under _featured slider, Europe, Legislation, Market News, Solar PhotoVoltaics. You can follow any responses to this entry through the RSS 2.0. You can leave a response or trackback to this entry