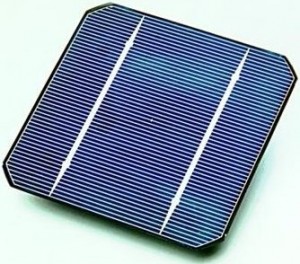 The European Commission forced to set another set of rules regarding the provenance of the Chinese modules in order to block goods selling from third countries.

Industry allegations regarding the fact that a recent resolution about he sources of solar modules manufactured in China, using Taiwanese cells spared the panels from minimal module pricing and export cap neccesities were rejected by the European Commission. Karel De Gucht, EU Trade Commissioner arranged in July a minimum module cost for these modules made in China, along with an annual cao on the quantity of panels that could be exported to Europe, it is said to be 7 GW of the predicted 10 GW of solar EU imports from China.

PV magazine pointed out on Jan. 27 an industrial source who declared that a choice made by the EU inDecember by which it was clarified the rules of origin excused these panels made in China, with use of Taiwanese cells from the deal agreement and it became very improbable that the quantity of panels produced with Chinese cells to reach the 7 GW amount.

The European Commission’s press officer for EU Trade Policy, Helene Banner, announced that the set of rules of origin apply to “goods originating in China” but also to “goods consigned from China, irrespective of their origin.”

This means that modules that are put together in China and Taiwanese cells are part of the second statement, , since they are accredited from China, as the press officer explained.

The Commission wanted to spell out the rules of origin because they wanted to prevent avoid situations like Chinese manufacturers sending unfinished modules to third countries and after that to sell them as if they were produced in those countries, by that refrain from the measures. But if the origin of the goods is stated the products will be looked at as made in China.

Posted by admin on Jan 30 2014. Filed under _featured slider, Energy Market, Europe, Market News, Solar PhotoVoltaics. You can follow any responses to this entry through the RSS 2.0. You can leave a response or trackback to this entry