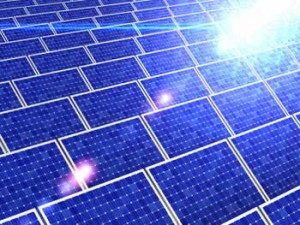 The giant has made a partnership with Silver Ridge Power LLC for the investment of $103 million in the 265 MW Mount Signal Solar project in Imperial County, in California.

The search engine shook hands with Silver Ridge Power LLC that will look at next level of commitment to green energy made with the help of a $103 million investment in a new solar power plant.

The 265 MW Mount Signal Solar utility-scale PV plant is in the stage of construction at the location mentioned, in California. The project is due to 2014 and San Diego Gas and Electric has agreed by now to a long-term power purchase agreement with the plant.

This power plant is the project with number 13 and counts as a major contribution to the clean energy world. More over, Google already has more than $1 billion invested in renewable energy in the U.S, but also worldwide. The purchase made now will produce sufficient energy to sustain 500,000 American homes every year.

“Our investment in Mount Signal Solar is a reflection of Google’s ongoing commitment to the renewable energy industry and our strong belief that investing in renewable energy makes business sense,” announced Google’s head of corporate finance, Kojo Ako-Asare. “This is the first time Silver Ridge Power has partnered with a technology company; we appreciate their innovative approach and we hope to see more such partnerships in the future.”

Robert Hemphill, Silver Ridge Power’s CEO, completed: ”We are pleased to have a world-class partner in Google on our flagship Mount Signal Solar project.

“We are on schedule to complete the project in 2014 and, when completed, it will be one of the largest single-axis tracker PV plants in the world.

“Mount Signal Solar represents over half of Silver Ridge Power’s total installed capacity and will provide clean, renewable energy to more than 80,000 homes in California.”

Google’s top arrangement to investment is for Mount Signal to start the operation, which is a common condition that the giant asks from its investments. The solar farm will have panels from First Solar who will also supply the farm’s single-axis trackers.

Posted by admin on Oct 16 2013. Filed under _featured slider, Energy Market, Solar PhotoVoltaics, USA. You can follow any responses to this entry through the RSS 2.0. You can leave a response or trackback to this entry