The Energy sell-off in Brazil postponed for November 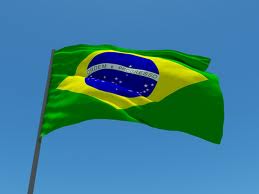 The renewable energy sell-off A-3 is programmed for November 18. The event is a premiere for the solar energy, for which is the first edition.. The auction was supposed to happen on the 25th of October.

The A-3 energy sell-off, the first sell-off in Brazil in the regulated market, that has been available to solar projects, was postponed for a month from the initial date set last July by the government. Still, this is the only modification announced by the government in Brazil, in the past week. This sell-off is announced to be opened to numerous technologies. The projects which win a prize in this competition need to function in 20116.

A number of companies have entered their solar project for the A-3 sell-off, in the past week. An example is renewable energy developer Bioenergy that as the local media reports, presented nine PV projects summing up 171 MW.

People also expect that solar photovoltaic applications will be a part of a different energy auction, the A5, which is to take place in December. The projects which will succeed there in the A-5, need to be functional in a 5 years period. Until now it was not announced if solar energy projects are allowed in this sell-off.

Until today, there has been no official announcement for a specific sell-off for solar energy, although there were signs from the government in that past showing that this is possible.

Posted by admin on Aug 26 2013. Filed under _featured slider, Energy Market, Exhibitions, Market News, Solar PhotoVoltaics, South America. You can follow any responses to this entry through the RSS 2.0. You can leave a response or trackback to this entry