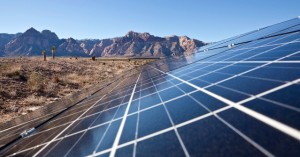 Solar energy is growing in the MENA region

The latest report regarding the examination of green energy in the Middle East and North Africa region shows that “PV is experiencing rapid growth due to its tremendous potential and continuously decreasing technology costs,” with a current pipeline of 2.3 GW.

The report was written by The International Renewable Energy Agency (IRENA), the Renewable Energy Policy Network for the 21st Century (REN21) and the United Arab Emirates’ Directorate of Energy and Climate Change.

To be precise the report shows that the total primary energy supply increased until 3.3 % of the total of 1200 TWH total power generation given that, from 2007 to 2010 represented only 1% of the energy supply.

Moreover, the non-hydropower renewable more than doubled and almost reached 3TWH, but the hydropower is still dominating.

The biggest non-hydro renewable remains wind, but solar power generation grew the most in the past years. This is due to “a significant increase in photovoltaic installed capacity and production from a low-starting base, and to the recent introduction of concentrating solar power,” the report says. Solar water heating technologies are also becoming bigger.

The report also says that investment in renewable energy in the MENA region is said to continue to grow in the near future. Precisely, is says that since this year’s April , there were 106 non-hydro renewable energy projects in the pipeline in the region summing up a total of over 7.5 GW of new electric generation capacity.

Posted by admin on Aug 9 2013. Filed under _featured slider, Africa, Market News, Solar PhotoVoltaics. You can follow any responses to this entry through the RSS 2.0. You can leave a response or trackback to this entry