Berlin-Beijing’s argue about polysilicon is to be resolved 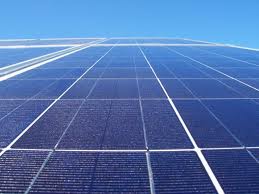 China denied punitive tariffs on EU polysilicon imports as a sign of conciliation with Germany.

The German Federal Ministry of Economics approved a report by German financial daily Handelsblatt that shows that German economics minister Philipp Rösler and Chinese minister of commerce Gao Hucheng came to an understanding regarding polysilicon imports.

In spite of the fact the everyone expected another move from China, for instance to deny European polysilicon imports, the two countries reached a settlement. This could be a first step up regarding a resolution of the trade dispute that grew in Europe’s PV industry.

In this year’s June, the European Commission, imposed anti-dumping tariffs of 11.8% on Chinese PV imports to Europe even though a large amount of EU states din not agree and neither did the European PV industry.

China has been thinking about imposing EU and U.S duties on polysilicon as well, but the new settlement shows that China has reached out towards Germany, Europe’s biggest polysilicon producer, which would have had a lot to suffer from the tariffs.
.

Posted by admin on Jul 10 2013. Filed under _featured slider, Asia, Energy Market, Europe, Market News, Solar PhotoVoltaics, Threats. You can follow any responses to this entry through the RSS 2.0. You can leave a response or trackback to this entry