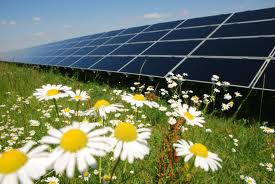 Today’s Conergy realization is a solar park for the financier UEM, the local energy producer and framework operant, sheltered on an area of 9.5 hectares with the capacity of 4.5 MW.
This project holds 18,000 Conergy “P Series” units, it is situated in La Fare-les-Oliviers of Southern France, and will provide about 6,500 MWh annually, or plenty electricity to sustain about 1,800 homes.
Although the market is difficult and the price competition is forceful, the german provider Conergy continues to accomplish and provide for projects in European investors from Greece, Spain and Portugal. It also remains active in Southeast Asian markets like Thailand.
Conergy did not only provide PV units, but also brought to operation the design and installment for the entire project. In addition, it will carry on its involvement in sustenance and functional administration for the solar park.
Along with this project, Conergy backed up Sunlap in the building of two carport plants in La Fare-les-Oliviers with “P-Series” units and IPG15T inverters. It will sustain almost 127 MWh annually.

Conergy’s Managing Director Philippe Pflieger revealed a positive point of view. “With its decision to increase both, market volume and subsidies, the government has given a boost to the solar sector. Although the economic situation in this country remains tense, we believe that these steps will restore a good outlook for solar energy in our country.”

Posted by admin on Jun 17 2013. Filed under _featured slider, Energy Market, Europe, Market News, Solar PhotoVoltaics. You can follow any responses to this entry through the RSS 2.0. You can leave a response or trackback to this entry