Import charges for PV products will be raised up to 67.9% by August 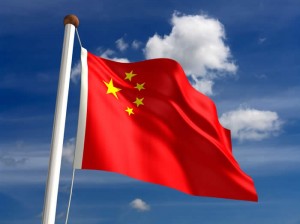 Further details regarding import charges have been released by the European Commission on the crystalline photovoltaic imports from China. By August, there is a possibility that Chinese companies will be confronted by contingent charges of an average 47.6% if they fail to reach an agreement with the EU.

Such measures will be taken on August 6 by the European Commission, who will set company specific charges that can range from 37.3 to 67.9% in case of failure in an agreement between the parts.

An equable tariff of 11.8% will be put into action starting from June 6 through August 5. This tariff applies to all companies concerned.  The guidelines introduced in March making it necessary to record imports will be halted because of the anti-dumping duty.

Announced on Wednesday in the Official Journal of The European Union, granted by the EU Regulation 513/2013, the initial import duties for China’s crystalline solar trades are established in conformity with “net free-at-Union-frontier price, before duty.” Thus, these imports are “subject to the provision of a security equivalent to the amount of the provisional duty” before their release into the EU.

Not only products made in China but also those exported by the country, such as crystalline photovoltaic modules, cells and wafers will face these taxes.

A concluding resolution will be made by the EU Council of Ministers on the level, likely to be sustained and be held valid in the subsequence of import charges on December 5 through the EU affiliated countries. In regard to the retroactive administration of anti-dumping control, no decision has been made yet.

Posted by admin on Jun 7 2013. Filed under _featured slider, Asia, Europe, Market News, Solar PhotoVoltaics. You can follow any responses to this entry through the RSS 2.0. You can leave a response or trackback to this entry