ABB is being sued by Power-One stockholders 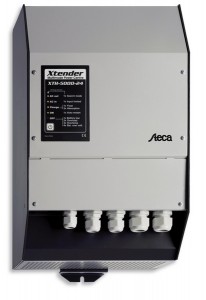 A lawsuit has been filed by U.S. inverter manufacturer Power-One stockholders against ABB, claiming that the $1 billion acquisition price is too low.

Power-One stockholders believe that their value has been underestimated by ABB who offered $1billion for purchasing the company. The former believe that the energy market is “set to explode over the next decade.”

Mario Furtado was the one who filed the class action and announced the main reasons to do so. He implied that figures from the U.S Department of Energy are in the opinion of the fact that global energy requests will raise by 100% in the next 12 years. Moreover the International Energy agency says that photovoltaic systems market will increase with 10% every year for the next 8 years.

One day before the announcement of the deal, the stocks were rated at the price of $4.04 by NASDAQ. ABB offered a bonus of 57% on top of that, bringing a stock to $6.34 and announced after the offer of a 59% bonus. However, Furtado said that the price could go higher, in the past year the stock range being around $7.

Thus the deal is said to be closed in the upcoming half of this year.

Posted by admin on May 20 2013. Filed under Energy Market, Market News, Solar PhotoVoltaics, USA. You can follow any responses to this entry through the RSS 2.0. You can leave a response or trackback to this entry