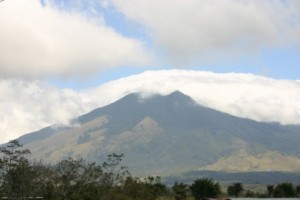 The solar park, which was built on the slopes of Miravalles Volcano and is comprised of 4,300 solar panels, will generate 1.2 GWh per year, enough to electrify about 600 homes.

“Today we not only took another step in terms of increasing installed capacity to continue generating more electricity and meet our economy’s demands, but we also confirmed that our growth will continue to rely on renewable energy generation,” said President Laura Chinchilla in the inauguration.

The project wa originally proposed by the Instituto Costarricense de Electricidad, and developed by GeSolar, a Chinese manufacturer of solar products, and Greenersys, a Coasta Rican supplier of renewable energy products.

Environment Minister René Castro said the project is important because it marks the entry of Costa Rica to the production of large-scale electricity based on solar energy, and “also mark[s] the way to bring electricity to thousands of families across the country in the future.”

The project was financed by the Japanese Ministry of Environment, Energy and Telecommunications (MINAET), which provided a $10 million grant under the Japanese government’s Project for Introduction of Clean Energy by System Solar Electricity Generation for the Government of the Republic of Costa Rica programme.

Posted by solar-magazine.com on Dec 3 2012. Filed under _featured slider, INDUSTRY, Solar PhotoVoltaics, Technology. You can follow any responses to this entry through the RSS 2.0. You can leave a response or trackback to this entry