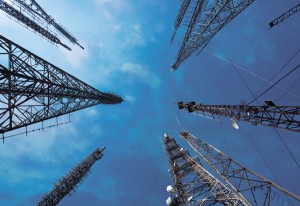 IHS Africa is one of the biggest telecommunications infrastructure of Africa.

The company has recently unveiled the largest solar-powered cell site in Africa.

This is an attempt to reduce diesel consumption at least 40% to 50%.

Only in West Africa, HIS Africa have 4,000 generator powered cellular communications towers.

Most telecommunication towers are located off-grid and powering these with electricity makes it all easier.

This solar powered system could prove to be a boon to rural mobile-phone users.

Posted by solar-magazine.com on May 4 2012. Filed under _featured slider, Africa. You can follow any responses to this entry through the RSS 2.0. You can leave a response or trackback to this entry