Black solar cells can absorb 99.7 percent of all incident light 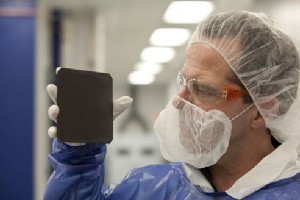 It is known that solar energy is the most popular form of energy compared to many other forms of alternate energy sources.

One of the most important step that will help in spreading this green energy source far more rapidly among the consumer world will represent an improved ability to convert sunlight into energy. 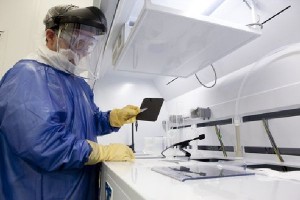 Scientists at Natcore Tech are well on their way to achieving this step with the first black solar cell that has a reflectance of 0.3  percent.

The black solar cells absorb light more effectively than any other solar cell model. The Black Solar Cell, it can pretty much absorb 99.7 percent of incident light  and only reflects away 0.3 percent of it.

This cells are special because of their ability to produce significantly higher energy on even cloudy days. It is not known the exact efficiency figures of these new  black solar cells but due to the new technology these cell will be for sure more efficient than old ones.

Posted by solar-magazine.com on Apr 13 2012. Filed under _featured slider, Technology. You can follow any responses to this entry through the RSS 2.0. You can leave a response or trackback to this entry