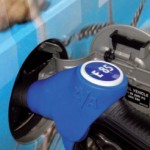 The latest biofuels barometer shows that Europeans consumed 13.6% more biofuel in 2010 than in the previous year.

In 2010 biofuels continued to grow in the European Union.

In the transport sector, it increased by only 1.7 Mtoe compared to 2.7 Mtoe in 2009 which means EU biofuel consumption growth slackened off.

The total biofuel consumption for 2010 should hover at around 13.9 Mtoe.

Germany was consuming over 3 million toe of biofuel in 2010 (two third of which was biodiesel), followed by France, Spain, Italy and the UK.

The lack of interest in vegetable oil consumption is hardening (down 14.3%) and may still be due to increased German taxation on this biofuel.

Biogas fuel is almost unique to Sweden, while other EU countries struggle to develop it.

Future growth of consumption in the European Union will depend on external factors such as the increase in oil prices and the worldwide availability of biofuel.

Posted by solar-magazine.com on Aug 16 2011. Filed under _featured slider, Analysis & Features, Biomass, BUSINESS, Europe, INDUSTRY, WORLD. You can follow any responses to this entry through the RSS 2.0. You can leave a response or trackback to this entry