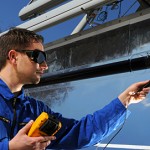 A new solar research institute was established by the German Aerospace Center.

The German Aerospace Center has more than 30 years experience in solar energy and solar thermal plants.

This technology has become increasingly important during recent years in sunny regions such as Spain and the southeast of the USA.

The Concentrated Solar Power (CSP) uses sunlight to produce steam, and then generates electricity by driving a conventional steam turbine.

The German federal state of North Rhine-Westphalia will subsidize this new institute with approximately € 27 million in the next few years.

Posted by solar-magazine.com on Jul 4 2011. Filed under _featured slider, BUSINESS, Energy Market, Europe, Exhibitions, INDUSTRY, MARKETING, Solar Thermal, WORLD. You can follow any responses to this entry through the RSS 2.0. You can leave a response or trackback to this entry