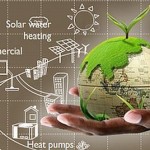 A major green initiative will take place in Africa.

Eskom, the South African utility has announced a plan to install 1 million solar water heaters by 2015 and for many they will be free, because Eskom will offer free 110 liter capacity solar water heaters to the families who use paraffin heaters that cause air pollution.

Even for families that do not qualify for free electricity, Eskom offers rebates of up to 120% of the heater cost.

The use of solar heaters will make sense in this sunshine abundant nation.

Until now, Eskom has installed 30.000 free solar water heaters in just one township, and rebates offered to many wealthier families also.

The solar water heater consists of a water tank and a set of evacuated glass tubes that are solar collectors.

On clear sunny days, the water temperature can reach 55 degrees Celsius or higher.

South Africa is emitting 50% of the entire continent’s greenhouse gas emissions; this explains the large number of solar installations.

Another part of the country’s efforts is an ambitious plan to build a huge 5GW solar thermal power plant that could single-handedly provide 10% of the nation’s electricity needs. 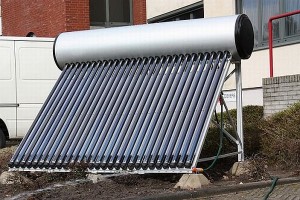 Posted by solar-magazine.com on Jun 28 2011. Filed under _featured slider, Africa, BUSINESS, Energy Market, INDUSTRY, Legislation, Market News, MARKETING, Solar Thermal, WORLD. You can follow any responses to this entry through the RSS 2.0. You can leave a response or trackback to this entry