Corsica started to become attractive for the solar sector 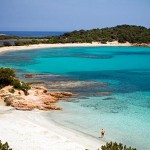 This island has a high solar radiation levels, between 1,750 and 1,900 kWh/m2, they are the highest in all of Europe.

Local authorities have a strong influence on the licensing of solar parks.

The island offers feed-in tariffs comparable to the French overseas departments and territories.

In France is a rule that wind or solar parks cannot feed in more than 30% of the electricity consumed in the region where they are installed.

The rule is applied to all systems with a capacity of more than 3kW.

Corsica is for most part mountainous and covered with forests, which makes it difficult to find suitable locations for solar parks.

One success story comes from White Owl Capital AG based in Berlin, Germany.

The company, which has specialized on renewable energy investments, and recently obtained licenses for the construction of two solar power plants with a total annual capacity of 5 MW.

The projects will incorporate 21.800 polycrystalline modules supplies by Trina Solar and be built on a surface of 11 hectares.

One of the first solar companies that became active in Corsica is juwi Solar.

In 2009 the company starts the construction of a new solar park on the island.

With a nominal capacity of 7, 7 MW the system was built on a surface of more than 30 hectares.

Posted by solar-magazine.com on Jun 22 2011. Filed under _featured slider, Analysis & Features, BUSINESS, Energy Market, Europe, INDUSTRY, Legislation, MARKETING, Solar PhotoVoltaics, WORLD. You can follow any responses to this entry through the RSS 2.0. You can leave a response or trackback to this entry