Solar energy will be mainstream by 2020, says new report 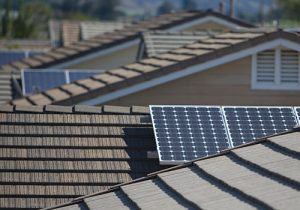 Analysis predicts the cost of solar cells is to fall dramatically over next five years but the loss of subsidies will be a setback for the technology in Europe. Image source.

Solar power is reaching maturity as a global energy source, with solar power systems for both residential and utilities in line to reach grid parity by 2020, at which point the cost of electricity generated by the sun will be the same as that from other sources, according to new research from industry analysts Frost & Sullivan.

“Pro-solar incentives and the recently made pledges at the COP 21 summit will ensure that the market for solar [photovoltaic cells] continues to grow exponentially over the next five years,” said Frost & Sullivan energy and environment research analyst Pritil Gunjan.

According to Science Business, the growth will happen mainly in China, India and Japan, which together will account for more than 80 per cent of all solar installations planned over the next five years.

It will be a less prosperous period for Europe’s solar industry which, “will suffer a setback due to withdrawal of subsidies and incentives,” the analysis says.

Huge overcapacity, coupled with a fall in the price of solar components, will see European suppliers struggling to turn a profit.

By contrast, solar panel manufactures will see strong growth in North America, largely thanks to the extension of investment tax credit eligibility for solar generators until 2019.

Posted by roxana on Jul 21 2016. Filed under _featured slider, INDUSTRY, Solar PhotoVoltaics. You can follow any responses to this entry through the RSS 2.0. You can leave a response or trackback to this entry