Scotland generated more than half its electricity from renewables last year 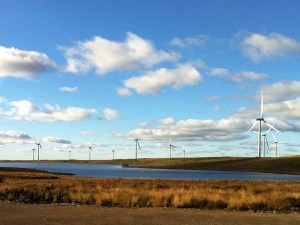 Scotland has reached an ambitious renewable energy milestone by generating 57.7 percent of its gross electricity consumption. It also made up about 26 percent of total UK renewable generation last year.

According to Ars Technica UK, the government’s department of energy and climate change has released provisional numbers of renewable energy generation in 2015, which revealed that renewable electricity generated in Scotland last year totalled 21,983 GWh, with around 64 percent of that figure coming from wind turbines, and another 27 percent from hydro generators. Both sources showed a year-to-year increase in generation—of 21 percent and 7 percent, respectively.

Scotland now appears to be on track to fulfil its 2020 goal of having all of the country’s electricity consumption supplied by renewables. However, plans for the next four years might prove more difficult, given the significant cuts in renewable energy subsidies announced by the UK government in late 2015.

“This is great news and an important step in creating a fossil-free Scotland,” said Dr. Richard Dixon, Friends of the Earth Scotland director. “Despite the UK government’s ideological assault on renewable energy Scotland is storming ahead, smashing through our 50 percent target for 2015. Well done to all those in this vital industry who have helped produced a big increase from the 2014 figures.”

“Clean, green energy is essential in the fight against climate change, and Scotland needs to continue to be a champion of renewables while David Cameron continues to chase the nuclear dream in England.”

Posted by roxana on Apr 5 2016. Filed under _featured slider, INDUSTRY, Wave power, Wind. You can follow any responses to this entry through the RSS 2.0. You can leave a response or trackback to this entry