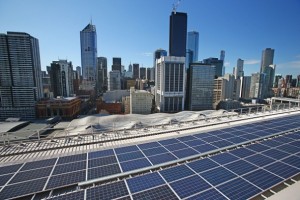 All investments in renewables, including early-stage technology and R&D (Research and Development) as well as spending on new capacity, totalled $286 billion in 2015, some 3 per cent higher than the previous record in 2011, said the 10th edition of United Nations Environment Programme’s (UNEP) annual report — Global Trends in Renewable Energy Investment 2016.

It highlighted that the green investments had broadened out to a wider and wider array of developing countries, helped by sharply reduced costs and by the benefits of local power production over-reliance on imported commodities.

“Renewables are becoming ever more central to our low-carbon lifestyles, and the record-setting investments in 2015 are further proof of this trend. Importantly, for the first time in 2015, renewables in investments were higher in developing countries than developed,” said Achim Steiner, executive director at UNEP, in an official statement.

In 2015, for the first time, investments in renewable energy in developing and emerging economy nations ($156 billion, up 19 per cent compared to 2014) surpassed those in developed countries ($130 billion, down eight per cent from 2014).

Much of these record-breaking developing world investments took place in China (up 17 per cent to $102.9 billion, or 36 per cent of the world total).

Among developed countries, investment in Europe was down 21 per cent, from $62 billion in 2014 to $48.8 billion in 2015, the continent’s lowest figure for nine years despite record investments in offshore wind projects.

Investments in the US were up by 19 per cent to $44.1 billion, and in Japan investment was much the same as the previous year at $36.2 billion.

Posted by roxana on Mar 28 2016. Filed under _featured slider, INDUSTRY, Solar PhotoVoltaics, Technology, Wave power, Wind. You can follow any responses to this entry through the RSS 2.0. You can leave a response or trackback to this entry